Home | Blog | Turning the Light On Part 1: Helping a Child Learn How to Communicate Changes Everything 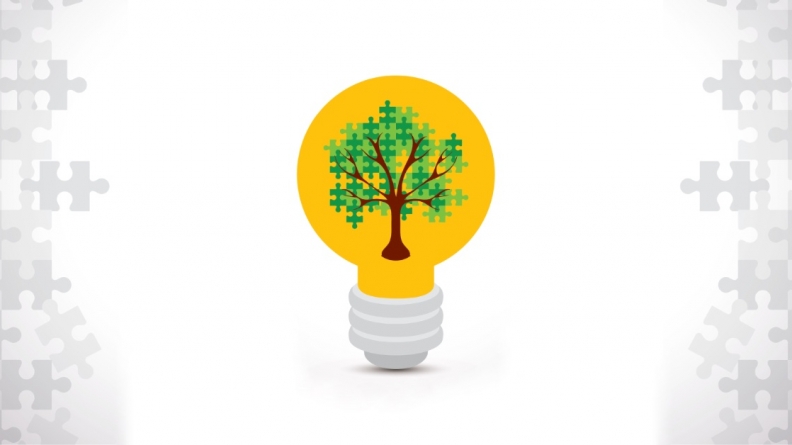 Turning the Light On Part 1: Helping a Child Learn How to Communicate Changes Everything

Communicating with one another is what allows us to connect and bond as social beings. When a young child’s ability to communicate is delayed and those connections aren’t made early on, it can cause a ripple effect of developmental delays and behavior challenges.

By developing the right interventions, we help children find their voice. When a previously non-verbal child realizes that the small sounds he makes lead to getting good things such as a toy he wants or a fun social interaction – when that first language connection is made – a light turns on inside of him and the desire and ability to learn to communicate takes off.

Teaching children how to learn to make these connections and overcome a communication delay is one of the most important aspects of our work at Swank Early Skills Development. We do this work using the process of Applied Behavioral Analysis (ABA).

ABA gives us the tools to shape a child’s communication

You can Learn More About the Basics of ABA on our website.

We’re used to looking at individual words and teaching a child the meaning of a word through association. For example, holding up an apple, pointing to it, and saying the word ‘apple’ will eventually teach the child that the red round piece of food mom is holding is an apple. This can be a very effective approach for a child who already has a base-level understanding of language and communication.

When we’re working with non-verbal or partially verbal children, however, especially those demonstrating skills in the 0-3-years age group, we have to approach teaching language at a more rudimentary level. Instead of associations, we first work towards expanding speech sounds and babbles as the foundation on which we will eventually build their vocabulary. We build one sound after another like building blocks, using positive reinforcement to encourage them to continue to learn more sounds. Eventually, we teach them how to piece these sounds together into more complex sounds and eventually words.

ABA gives us the tools to help a child learn how to learn. Our goal is to encourage them to attempt and master enough new sounds that when their mom points at the red, round food she’s holding, that child has learned the necessary sounds they need to echo back the word ‘apple.’

Going back to the basics of ABA, we know that by influencing a child’s environment and motivation to ‘behave’ in a specific way, we can shape their behavior and then reward them with positive consequences. By repeating these steps of shaping through positive reinforcement, we can bring about the desired outcome over time.

There are four types of reinforcement that ABA intervention focuses on and that our ABA specialists, called Behavior Analysts, use to help our non-verbal and partially verbal children learn to communicate.

When we begin work with a child who is non-verbal or partially verbal, we give them what’s called continuous reinforcement. Every sound they make is celebrated and is met with our team’s ecstatic excitement and praise. It’s amazing when you see a child who’s barely verbal make that connection between a sound they’ve produced and the people around them giving them love and attention in return. As we mentioned before, this is the first little spark of light we see start to flicker inside them as they learn the joy that communication brings.

This type of reinforcement is nicknamed ‘throwing a party’. As we work with our clients, we’re able to adjust the amount of reinforcement we give in response to any particular sound that they make. Let’s say, for example, that our client worked incredibly hard to verbalize the sound ‘Ga.’ When that first ‘Ga’ sound comes out of their mouth, we give them more and better reinforcement. As time goes on and the child masters the ‘Ga’ sound, our excitement and reinforcement for that sound is intentionally lessened. That’s because once the behavior has been established as a skill, it becomes less motivating for a child to receive praise every time they make the sound (the praise becomes too predictable). It’s more motivating to receive praise that is unpredictable.

This could also be called ‘randomized’ reinforcement. Once a child has successfully incorporated a new sound into his language, we reduce the frequency of the reinforcement we give for that particular sound and do so randomly. This phase of reinforcement is used to maintain an already established behavior.

If we see that a child has over-generalized a sound or word, meaning that he says this one sound/word most of the time, decreasing the amount and diversity of other sounds once said, we use a fourth schedule of reinforcement which is really to give the child no reinforcement at all.

In this intervention, we now withhold the reinforcement that we were typically giving after a child made a particular sound. This shift does a few things. The child quickly realizes that they’re no longer getting the same reaction to a sound that they were before. As a result, they’ll have a greater interest in trying out other sounds that could potentially give them the reaction they desire (i.e. the reinforcement). This method opens up space for the child to engage in other sounds which, if they are reinforced, ends up adding additional speech sounds and eventually words to their vocabulary.

When a young child babbles, serious language learning is taking place. That child is experimenting with sounds and repeating what he hears.

In our next article in this series on overcoming communication delays, we’ll take a closer look at how we use the principles of ABA to help a young non-verbal child to begin to babble and take those first steps towards verbal communication. And, how parents can help and encourage their child to babble at home. Stay tuned!

For now, we welcome you to explore the benefits that an ABA approach can bring to your child facing communication or other developmental delays. We’d love to work together with you to help your child reach their fullest potential. Contact us today.